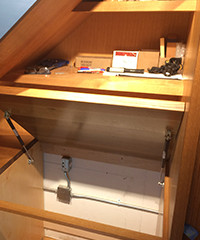 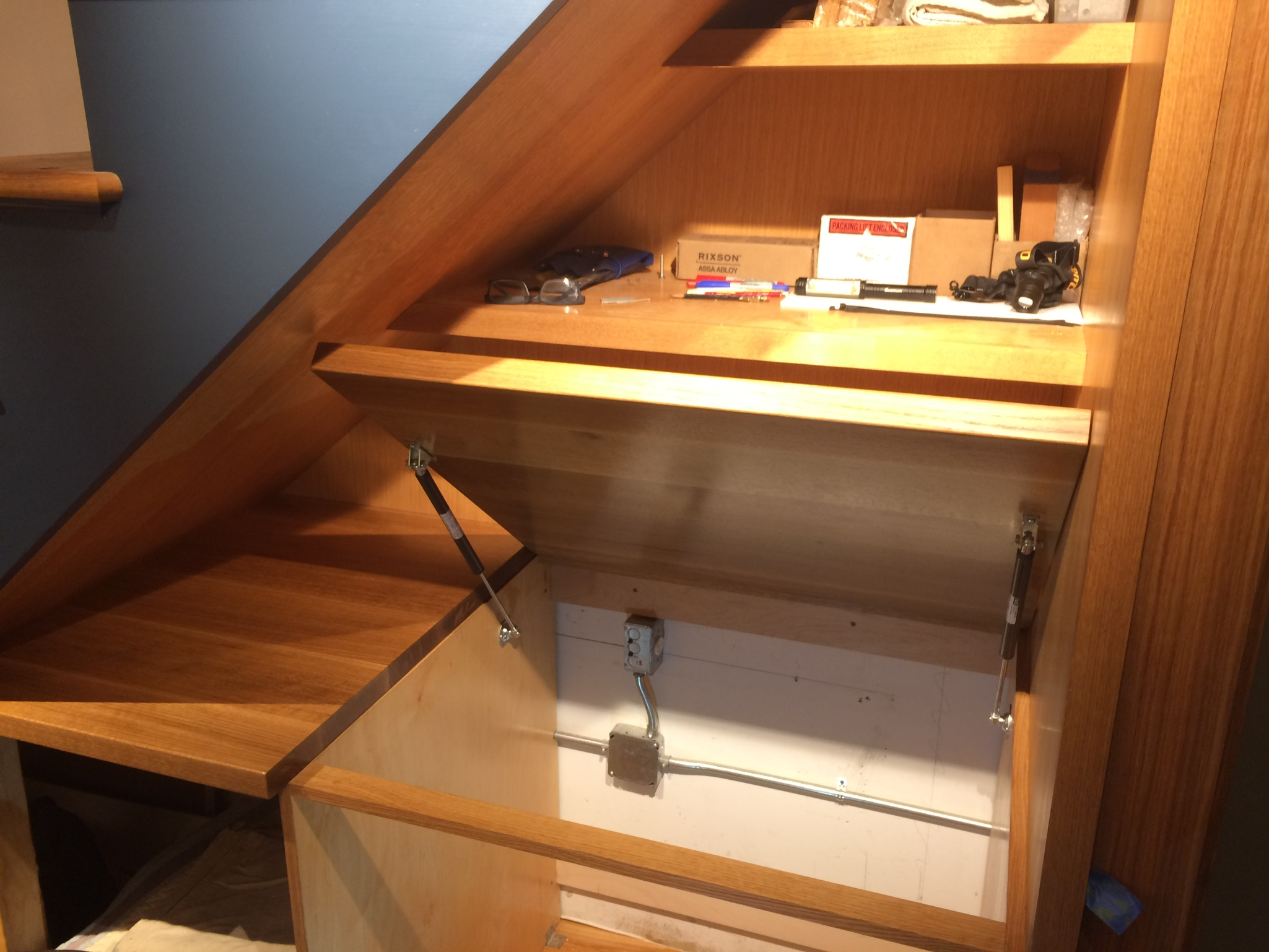 When a homeowner wanted to install a sushi freezer within a confined space without obstructing other nearby appliances, an ACE Controls gas spring played a vital role in economizing that space. Sean Moloney, the contractor working on the project, had to install the approximately $3,000 sushi freezer – which stores contents at temperatures down to -60ºF – along with a beverage refrigerator and countertops. In addition, he had to work with the following constraints:

Sean needed a gas spring that could support the heavy load and whose range of motion would provide maximum access when open, but without it hitting and damaging the angular stairway above the appliances. Understanding the investment the owner was laying out for the freezer, refrigerator and oak countertops, Sean knew that an inexpensive piston would not be sufficient for the job. He searched online for a gas spring with the quality that the project demanded and found acecontrols.com. He chose to install two GS-19-200-AA Push-type industrial gas springs to support the countertop lid. The heavy-duty gas springs offered the following features and characteristics:

Although Sean began the project with his own calculations, an ACE Controls engineer worked with him to revise his opening angle and range of motion. He also recalculated the mounting positions on the lid and cabinet. Taken together, these calculations provided an optimal fit.

You Can’t Put a Price On Safety
The homeowner’s main concern going into the project was user safety. Should the 49-pound lid fall on a user’s hands or hit the user on the head, it would likely cause serious injury. That’s why Sean opted for the premium quality of the ACE Controls GS-19-200-AA gas spring. He reports the industrial gas spring is supporting the weight of the countertop just fine, and the homeowner is really happy with it. Says Moloney, “it gives an assurance to the owner that it is a professionally engineered product.”